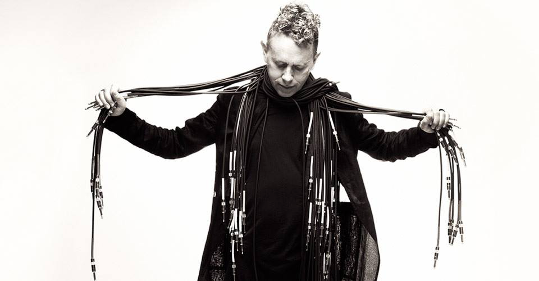 Martin Lee Gore is an English singer-songwriter, guitarist, keyboardist, producer, remixer, and DJ. He is one of the founding members of the band Depeche Mode, and also has written the majority of their songs. His work now spans over four decades. Gore's best-known compositions include hits such as "Personal Jesus", "Enjoy the Silence", "Stripped", "It's No Good", "In Your Room", "Strangelove", "I Feel You", "People Are People", "Precious", "A Question of Time", "Policy of Truth", "Everything Counts", "Behind the Wheel", "Shake the Disease", "Never Let Me Down Again", and many more.

In addition to composing music and writing lyrics for the majority of Depeche Mode's songs, Gore has also been the lead singer on some of them (examples include "Somebody", "A Question of Lust", "Home", and "One Caress"). He has been a backing singer on many others.

In 1999, Gore received the Ivor Novello Award from the British Academy of Songwriters, Composers and Authors for "International Achievement".

"I have been a big fan of PSP plug-ins for many years now. I love the PSP N2O. It works on so many sources. It can be subtle but mainly I like to use it when I am looking for something  extraordinary".