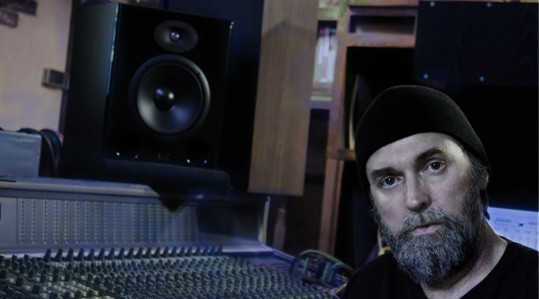 Recording artist, songwriter, multi-instrumentalist, and producer, Daniel Glen Timms has been writing and recording original music for over three decades. His albums have garnered critical acclaim and his music has received radio airplay at over 300 radio stations worldwide. Daniel has recently released his fourth album, “Graystone Temple,” on Blue Earth Records. He recorded and mixed the album in his studio located in Nashville.

Daniel’s studio, Mellow Hollow Studio, features 22-foot high ceilings and is located on 36 acres just outside Nashville. His console is an upgraded Soundcraft Sapphyre, and on his new album, he played all of the instruments but drums, which were handled expertly by his neighbor, Nashville session drummer Tommy Harden. Daniel wrote all the songs, as well as, produced, engineered and mixed the new record.

PSP L’otary2: “I used PSP L’otary2 plug-in on all of my B3 organ sounds on my new album. I tried all of the other rotary speaker plug-ins and it is my favorite, by far. It sounds like a real Leslie speaker. I was also able to get some subtle, beautiful sounds on other tracks on my new album, as well, including: vocals and electric piano.”

PSP E27: “The PSP E27 multistage equalizer is truly a phenomenal plug-in EQ. I have tried pretty much all of the plug-in EQs out there, as well as, used and owned many of the legendary, hardware equalizers, including a pair of Avedis E27 500-series eq’s that this plug-in emulates. It sounds very close to the original and I used it extensively mixing my latest record. My favorite applications are vocals, guitars and drum bus. It sounds more like hardware than any other plug-in that I have used. With the recall and added features, it is an important tool in my mixes. I love the PSP E27 plug-in.”

PSP FETpressor: “I also used the PSP FETpressor on my new record and it has become another favorite.  It is fast like a typical fet compressor and allows me to control transients while adding analog sounding flavor. The parallel compression control built in also makes it very useful and versatile.  I have found that it really gels backing vocals together well and can make electric guitars more present in the mix.  My other favorite application of the PSP FETpressor is mixing bass guitar, where it shines.  The guys at PSP are on the cutting edge and to me are leading the way on plugins that sound like hardware, but have the functionality of software.”