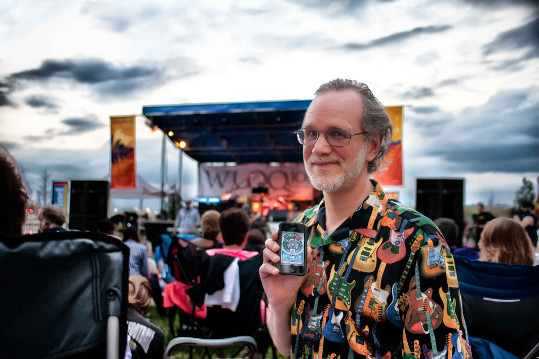 Beginning by playing the B flat clarinet at the young age of ten, Bob Katz has become one of the the most respected and in-demand mastering engineers working today. In 1989 he built the first working model of the DBX/UltraAnalog 128x oversampling A/D converter, and produced the world’s first oversampled commercial recordings. He’s written two books, Mastering Audio: The Art and the Science, now in its third edition, and iTunes Music: Mastering High Resolution Audio Delivery.

Every day, Bob applies his specialized techniques to bring the exciting sound qualities of live music to every form recorded today. In 1990 he founded Digital Domain, which masters music from pop, rock, and rap to audiophile classical. In 1996, Bob and Mary moved the company from New York to Orlando, adding numerous Florida-based artists and labels to the international clientele. Bob masters in Studio A and supervises/produces mixes which are made in Studio B.

"PSP oldTimer ME is my go-to classic-sounding compressor for stems in the mastering room. It's the first one I pick --- especially to tweak a vocal if the client's stems need a little bit of vocal control. It's sweet-sounding, pure and clean (even in solid-state mode, which I use most of the time). It's easy to use and controls vocals particularly well without any artifacts or harshness. It can be very gentle, which I like, because mostly I get stems, which ostensibly are complete, ready-to-go mixes, but sometimes the vocal or another instrument needs a little bit of control to help it to mix against the other instruments."

"PSP Xenon is one of the most effective and invisible digital peak limiters I've used for mastering."